Three years ago, Lynne Robertson, shared the story of how she became a music promoter on Facebook, and now we would like to share her story with you.

This blog is dedicated to a champion of music in Sheffield:  Lynne Robertson who started promoting music concerts with the sole purpose of supporting in equal measure established and up-and-rising artists, offering initially friends and family and now a much wider audience something new and wonderful and combining it with fantastic food - any musician would agree this is the perfect combo!

Here is Lynne's story in her own words:

"Since appearing on the radio last week talking about Lynne’s Live Lounge, I’ve been thinking a lot about my role as a music promoter in Sheffield and how it all started many years ago.
Back in 2009, I arranged a concert at Niagara Sports Ground, where the Acoustic Angels played and I raised money for Neurocare, a charity I was involved with at the time. Over a five year period I raised over £20,000 for charity and organised some fabulous concerts – all at Niagara.
During this time I met several people who loved good live music and some of these subsequently became friends and still come to concerts I arrange today.
When I decided to arrange more concerts around Sheffield, for different musicians, I started with a list of family, friends, neighbours and work colleagues (as well as some of the friends I made from those charity concerts) and I now have 140 mobile numbers, 75 email addresses and almost 400 members of my live lounge.
Bit by bit I’ve expanded, working with different musicians and different venues and meeting new people who want to try something different and are interested in the ‘listening’ concert concept that I am passionate about.
I have at least 1 person every week asking to join my Live Lounge and following my radio interview last week I had 10 people ask if they could join, 1 of whom has gone on to order 2 tickets from me for a gig next week.
I’m proud of what I’ve achieved but it has been and continues to be hard work. I have to deal with difficult people, awkward and embarrassing situations, and lots of conflict, to ensure ‘it’s alright on the night’ and often feel like giving up.
But when I am sitting at a concert that I’ve arranged from scratch, and the music starts, I look around at the faces of the people in the audience who are swaying, tapping or singing along and I give myself little pat on the back knowing that it was all worth it in the end. And go home and start work on the next one..." 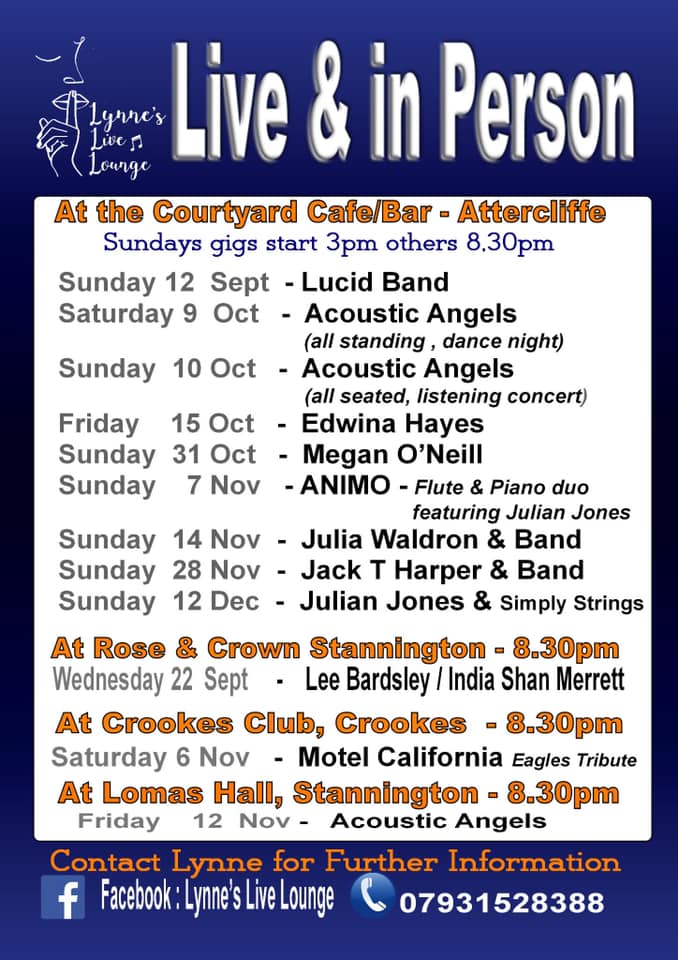 We are very excited to be part of Lynne's concert series. 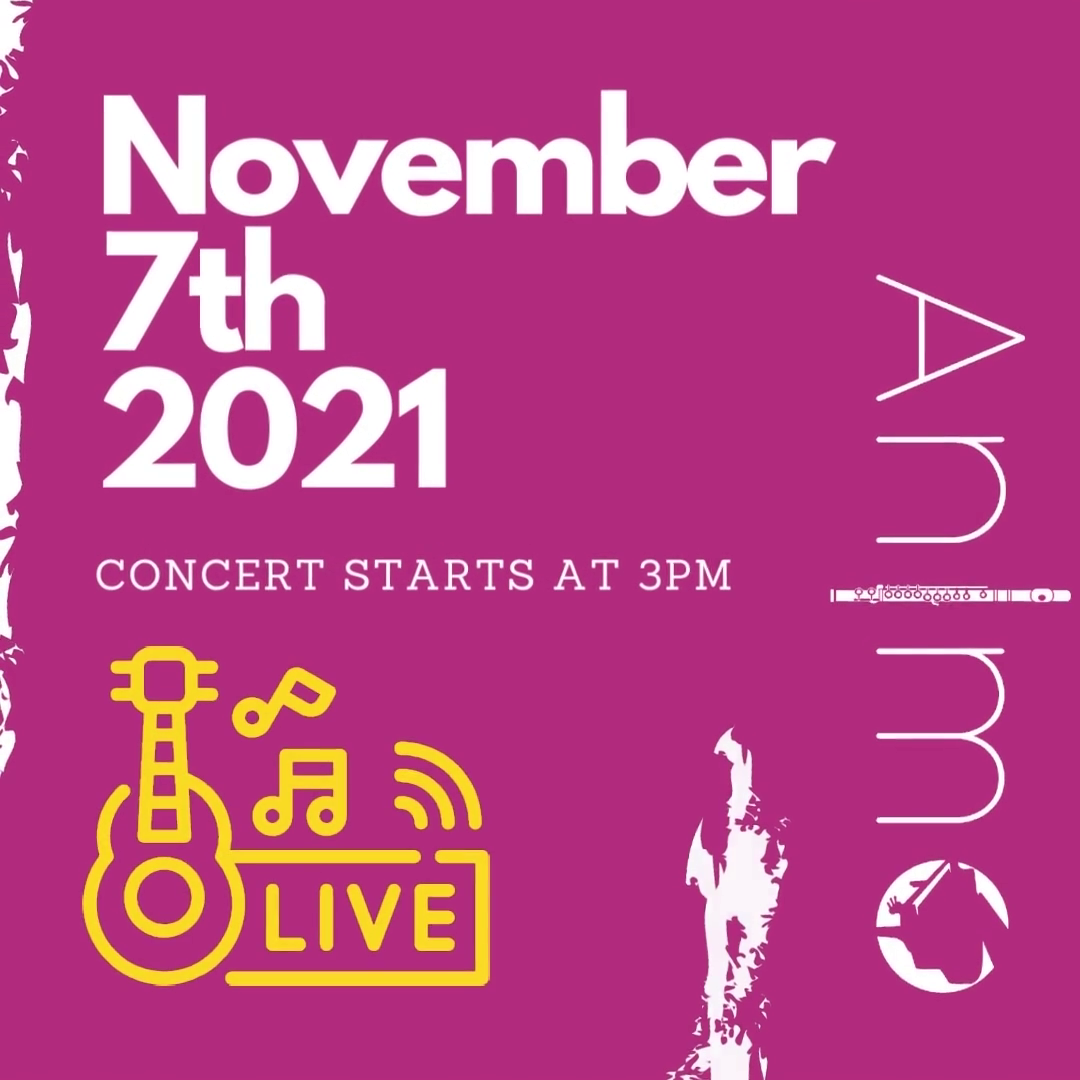 Lynne posted this story 3 years ago on Facebook. Lynne's Live Lounge has now got 1100 followers, she has 300 regular contacts and she organises concerts across different venues in Sheffield area. In fact Lynne has organised 21 concerts since April 2021!

Julian Jones, who will be our guest artist on the 7th November, is one of Lynne's best selling artists, a versatile musician, singer-songwriter and composer. We are performing his 'Sonatina' and we made his acquaintance on Facebook through one of our commissioned composers Helen Walker.
We hope to make this a sell-out concert and make Lynne proud!
I wonder if there are people out there who would love to promote new artists and groups like ANIMO and Julian Jones? If you are interested in creating a platform for musicians of all styles... Get in touch with us and let's create a music series wherever you are! 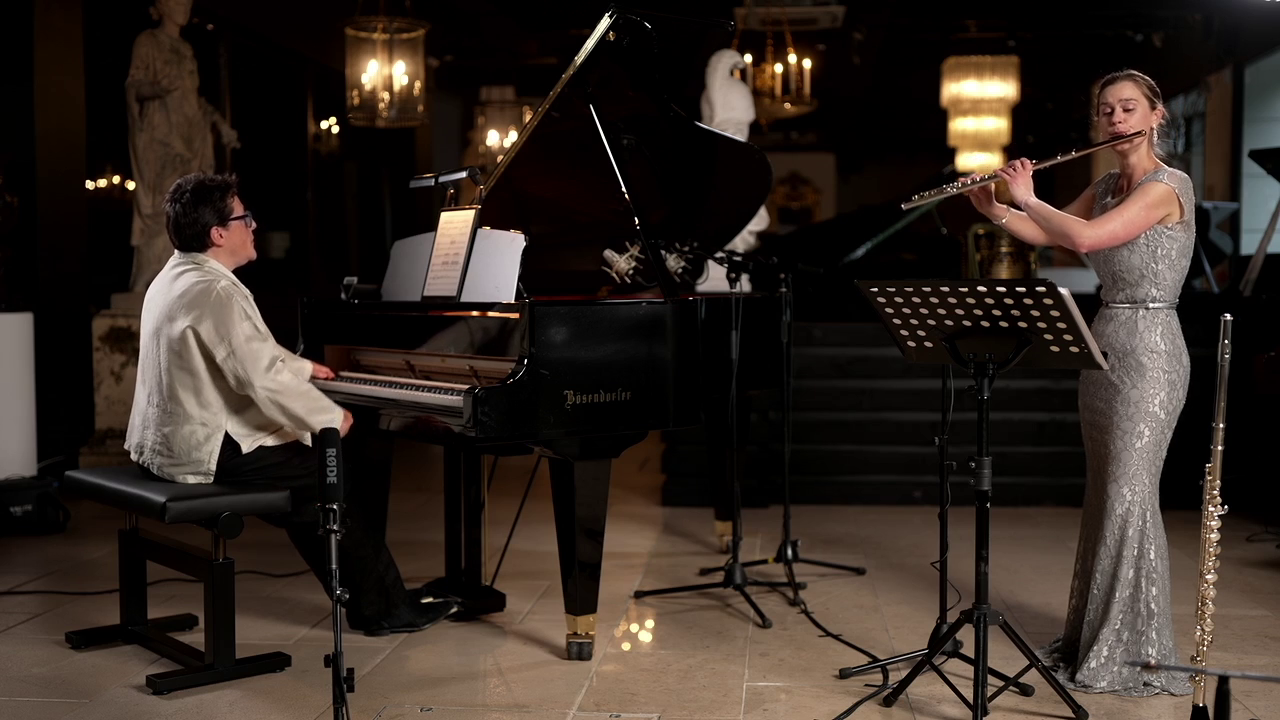