February 21st was a full-on day which started with a bang!

Wendy, Eve, Sarah and I met for the first time at Eden's Hill Studio to rehearse Martin Bills' songs. What a fantastic occasion! 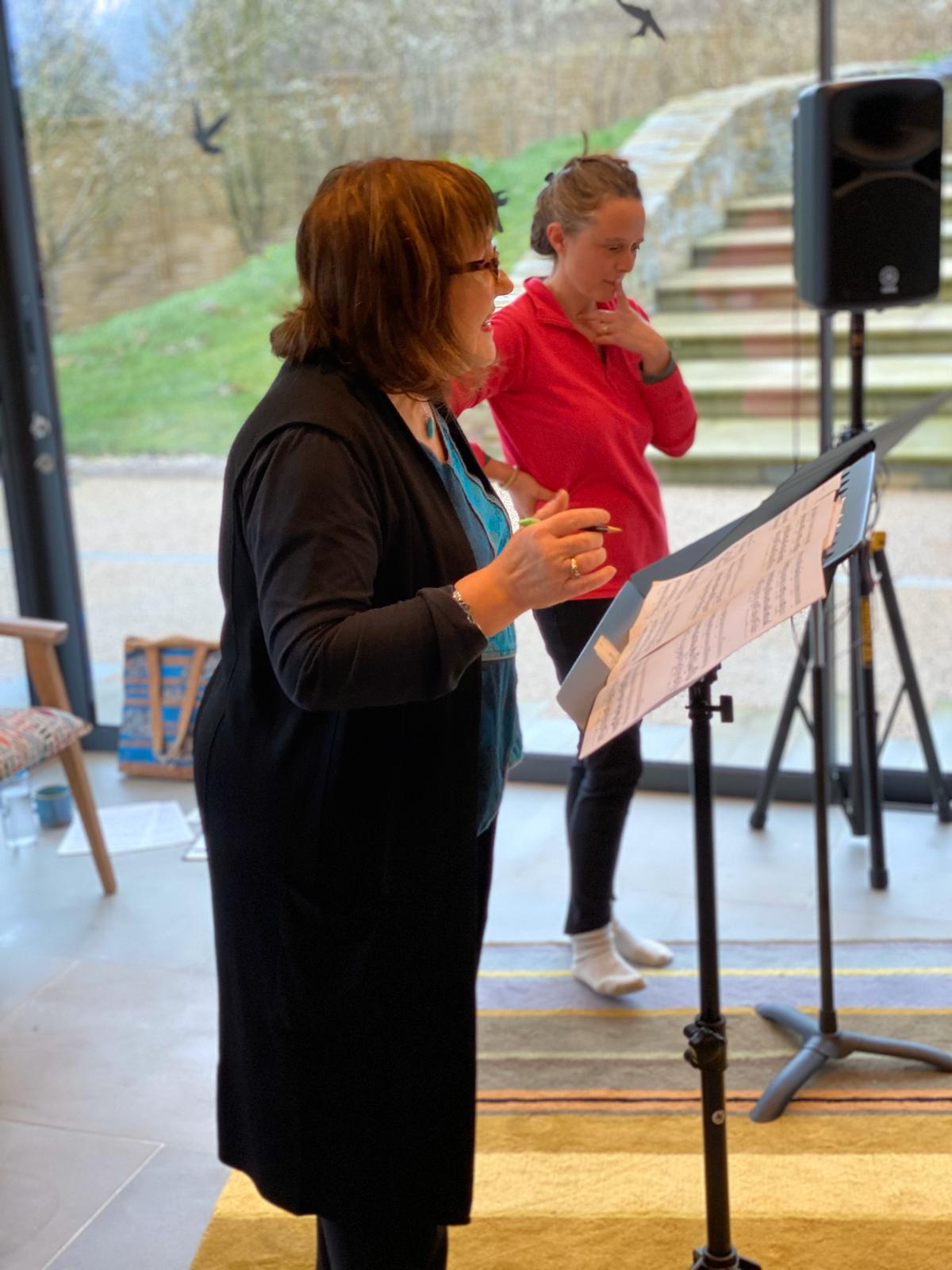 A bakewell tart and a strong cup of coffee made introductions much easier and paved the way to a fabulous rehearsal. (apologies for the broken video link, I hope we have managed to fix it - below)

We quickly realised how much we love Martin's music and the way it pours out of the page and rests comfortably on the voices and piano; a truly magical combination of vocal lines, rhythms, words and sonorities. Wendy and Eve had an ease between them and knew exactly how to tackle each part.

It felt as though a new era for Animo has begun. Martin is still composing the 'credits' piece which will end the concert at Hellens Manor on the 2nd August and will involve all four of us performing. 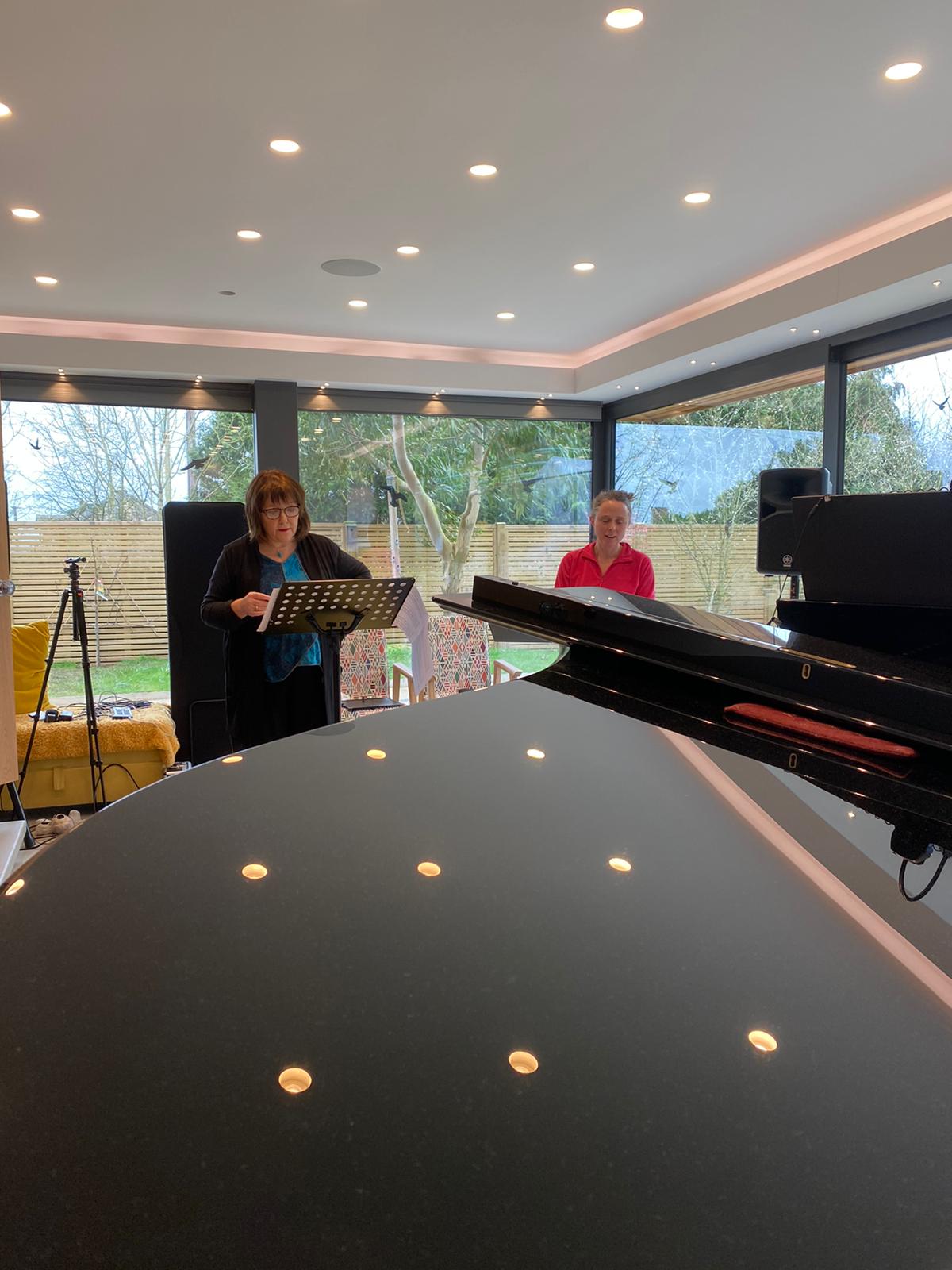 Yes, being a musician is a privilege! 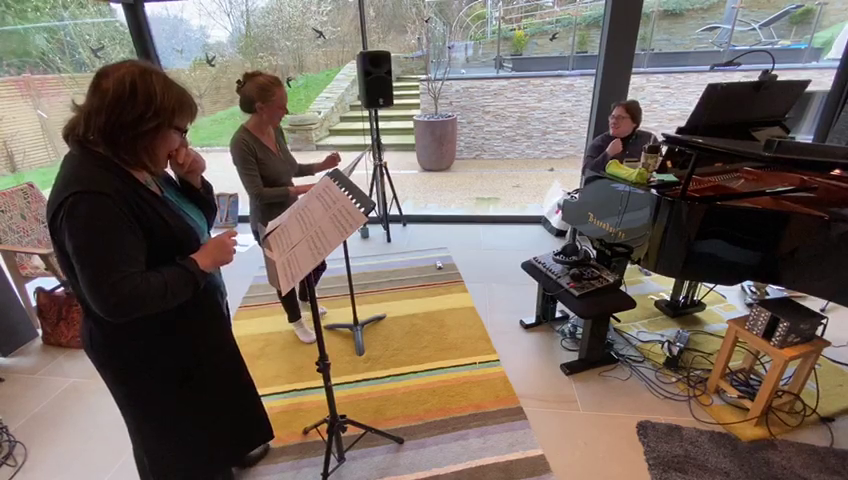