I love to know more about the composers whose music we perform. I was introduced to City Life 2 by Sarah (the other half of Animo). She said 'try this; I think it's a great set!' She was absolutely right. Every single one of the three pieces is so perfectly written for both instruments and the tunes remind me of TV series in the 70s and 80s (which is quite nostalgic really...). They are just numbered: 1,2,3. That's it. Simples. 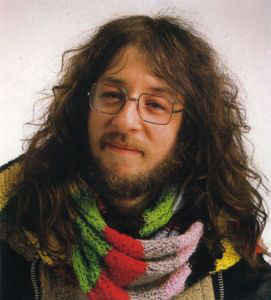 This is a composer who is also a violinist, pianist, bass player and was a life long companion to Cleo Lane and John Dankworth (see blog-vinyl photo). An interesting fact is that Paul Hart played the electric bass with the National Youth Jazz Orchestra in the early 70s which is such a wonderful rebellion from being a Royal College of Music student (I am paraphrasing Paul's intention here!).

An incredibly versatile musician and a powerhouse with Joe Campbell with whom he created the (1979) Joe&Co, 'a company that became the world's most foremost music houses.'

Paul Hart's music is laid back and descriptive of a certain time, mood, place, sense. Evocative, fun and simple to play (and there lies the big challenge), all three pieces are centered around a riff in the piano part and a simple or quirky and improvisatory unfolding line in the flute. These are the most enjoyable and hardest pieces to play; it's better to do nothing and let them play themselves (but that's hard too!).

Paul Hart studied piano, violin and composition at the Royal College of Music (1970s) after which he joined the NYJO as an electric bass player. Much in demand as a session musician, Paul Hart is a prolific composer and arranger.  He scored many full-length feature films and television series (Waking The Dead) and, with Dave Arnold, a host of music identity packages for radio stations, including Classic FM and the BBC World Service (source:https://www.nyjo.org.uk/members/alumni/bass/paul-hart/

'All Jazzed Up' is another collection of pieces for flute and piano which together with City Life are probably the most appreciated by teachers and students and not as frequently played by professionals - we will certainly aim to right this wrong!

A longer biography of Paul Hart can be found here.

Playing his music feels like a distillation of years of experience performing Jazz and being completely open to all other music influences; something Animo aspire to do as well.

Livestream 10 features Paul Hart's 'City Life' which is a life we hope to inhabit as soon as we are out of this current Pandemic Tsunami.

Stay home = Stay Safe  and tune-in to our Livestreams from wherever you are! 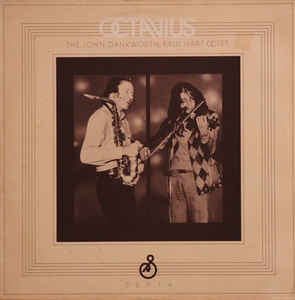